Did you know there are many benefits to listening to music? Crank up the tunes and blast those beats, because the results are in — music is good for you. We know the healing power of music. Bad breakup? Cue “We Are Never Getting Back Together” by Taylor Swift. Powering through a long run? Jam out to Eminem’s “Lose Yourself”.

Music can soothe the brokenhearted, motivate runners and kickoff the most epic dance parties, but it also has some serious scientific benefits for our health and overall wellbeing. Listening to music has been shown to improve memory functioning, increase rate of healing, improve your workouts and more.

Patients with memory loss can often remember songs and specific song lyrics. Doctors will often use music and lyric recall to help individuals retrieve lost memories. Certain music can trigger particularly unique memories- music from a specific time period will trigger memories from that time period. Want to remember something from the past? Listen to songs you listened to during that time!

Music and its effect on memory has been a heated debate in the scientific world, but researchers  now have evidence that the processing of music and language, specifically memorizing information, rely on some of the same brain systems. Researchers have also uncovered evidence that suggests the music we heard as teenagers has a greater emotional bind to our brain than anything we’ll listen to as adults. This idea of musical nostalgia is a fun exercise for anyone, but is most impactful for people suffering from memory loss, including those with dementia or Alzheimer’s.

Here’s a story about the transformative power of music from one man whose father has Alzheimer’s:

“As a family, we didn’t know what to do when our father was diagnosed with this Alzheimer’s disease. We have been through so many stages and now he seems to just be deteriorating to nothing. However, the music seems to have brought back some of his brain to him!”

Music and musical training have also been shown to protect the aging brain and keep it healthy. University of Kansas Medical Center researchers conducted an experiment where they divided 70 healthy adults, ages 60 to 83, into three groups based on their amount of musical experience: no musical training, one to nine years of music lessons and at least 10 years of musical study.

The participants, who had similar fitness and education levels and were free of Alzheimer’s disease, were given several cognitive tests:

The really cool part? The benefits of musical study and training were still apparent even in participants who no longer played an instrument.

StairMaster got you down? Feeling sluggish on the treadmill? Grab your earbuds and get jammin’!

Not only can music distract you from “bodily awareness” aka the aches and pains of working out, it has a health effect too.

Listening to music releases endorphins in the brain. Endorphins give us a heightened feeling of excitement. In addition to feeling euphoric, endorphins quell anxiety, ease pain and stabilize the immune system. With high endorphin levels, we have fewer negative effects of stress. Turning up your tunes can also up the effort you exert during exercise. In one study, researchers found that cyclists worked harder and biked a further distance when listening to faster music as compared to music with a slower tempo. When the tempo slowed, so did their pedaling and their entire effect. Their heart rates fell and their mileage dropped. They reported that they didn’t like the music much. On the other hand, when the tempo of the songs was upped 10 percent, the men covered more miles in the same period of time, produced more power with each pedal stroke and increased their pedal cadences.

For pace-based exercises like running or weight-lifting, music can help regulate rhythm and signal to the the brain when the body should move. This signal helps us to use our energy more efficiently, so we’re not exhausting ourselves too soon. Got the groove? In scientific terms, groove is often described as a musical quality that can induce movement in a listener. Basically, you can’t stop yourself from moving! The next time you hit the gym, channel your inner diva and get groovin’! 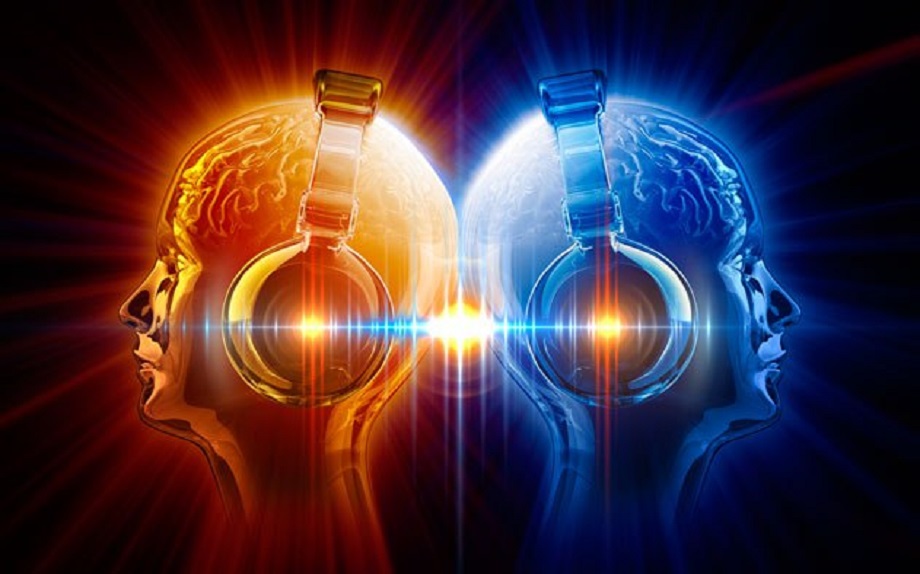 A study from Austria’s General Hospital of Salzburg found that patients recovering from back surgery had increased rates of healing and reported less pain when music was incorporated into the standard rehabilitation process.

“Music is an important part of our physical and emotional well-being, ever since we were babies in our mother’s womb listening to her heartbeat and breathing rhythms.” – Lead clinical psychologist of Austria General, Franz Wendtner.

Music connects with the automatic nervous system (brain function, blood pressure and heartbeat) and the limbic system (feelings and emotions).

When slow music is played, the bodily reaction follows suit– the heart blow slows down and blood pressure drops. This causes the breath to slow, which helps release tension in the neck, shoulders, stomach and back. Listening to slow or calming music on a regular basis can help our bodies relax, which over time, means less pain and faster recovery time.

Finnish researchers conducted a similar study, but with stroke patients. They found that if stroke patients listened to music for a couple of hours a day, their verbal memory and focused attention recovered better and they had a more positive mood than patients who did not listen to anything or who listened to audio books.

These findings have led to a clinical recommendation for stroke patients: everyday music listening during early stroke recovery offers a valuable addition to the patients’ care by providing an “individually targeted, easy-to-conduct and inexpensive means to facilitate cognitive and emotional recovery,” says Teppo Särkämö, author of the study. With brain-imaging techniques, such as functional MRIs, music is increasingly being used in therapy for brain-related injuries and diseases. Brain scans have proven that music and motor control share circuits, so music can improve movement for those with Parkinson’s disease and for individuals recovering from a stroke. Neurologic music therapy should become part of rehabilitative care, according to this group of doctors. They believe that future findings may well indicate that music should be included on the list of therapies and rehabilitation for many disorders.

Music has a unique link to our emotions, and research has found that it can be used as an extremely effective stress management tool.

Just like listening to slow music to calm the body, music can also have a relaxing effect on the mind. Researchers at Stanford University found that listening to music seems to be able to change brain functioning to the same extent as medication. Since music is so widely available and inexpensive, it’s an easy stress reduction option.

So, what type of music reduces stress best? Here’s what we found:

You must be the ultimate judge, however, of “relaxing music.” If Mozart isn’t quite doing it for you, explore other options that help you naturally relax.

HelpGuide.org, a nonprofit mental health and well-being organization encourages individuals to practice a healthy sonic diet. They suggest that “when choosing locations to eat, hold business meetings, or visit with friends, be conscious of the sound environment, including the noise level and type of music that is played. Loud noisy environments, as much as we try to ignore them, can contribute to unconscious stress and tension build-up without us even knowing it.”

Just like junk food increases stress in our system, a poor sonic or listening diet can do the same. Choose quieter environments and settings to prime your body to relax and recharge.

Making music can also release tension and relieve stress. Dana Marlowe, a technology accessibility consultant, gets relief from her daily work challenges in her toddler’s playroom:

I just jam out with his toys — the xylophone, the baby piano. I almost have ‘Twinkle, Twinkle, Little Star’ down.

Research has shown that casual music-making can short-circuit the stress response system and keep it from recurring or becoming chronic. WebMD tells us that “stress starts in the brain and then kicks off a chain reaction that switches on the stress response in every cell of our bodies. Over time, these cellular switches can get stuck in the ‘on’ position, leading to feelings of burnout, anger, or depression as well as a host of physical ailments.”

Bottom line: Both listening to and making music can alleviate mild and chronic stress.

Missing your local? You can now rent an inflatable pub to go in your back garden